One thing is for sure: if you want to take it to the next level in terms of getting a deeper understanding of coworking, about the history of this movement, the current trends and to make connections to some of the people who are in the midst of creating it – the CU Asia coworking unconference is one of those events that gets you right into it.

This year, the CU Asia came back to where it was first held in 2015: to Bali/Indonesia. For the co-founders Renee Martyna and Steve Munroe this has been a special moment as they were also stating themselves. Also, this years’ conference was characterized and had its emphasize on community building. I will have a few words about this further down.

The whole event had a total length of 5 days and was divided into two the different sub-events of the Coworking Academy and then the main event. People could decide to participate in either of them or attending both. The CU Asia Coworking Academy was designed for people who either already run a coworking space running or else are seriously looking into doing so anytime soon. The main event was a well-tuned mix of speakers, panels, community building experiences including some local vibes, fun & (inter)action and of course the unconference part that was expressed in workshops.

Unconference: participants are actively involved into co-creating the program and can bring in their own topics of interest

In case you are not familiar with that: an unconference is a format where you as participant have the chance to co-create the program and to bring in your own topics that you wish to have discussed or being tackled in a workshop. This way you are not just passively sitting there consuming one presentation at a time. For that reason I personally appreciate this kind of format a lot. 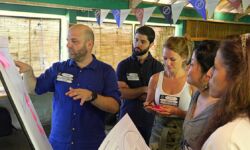 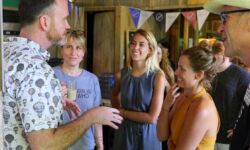 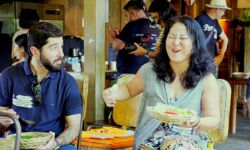 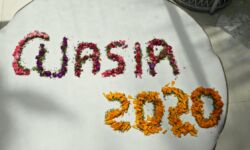 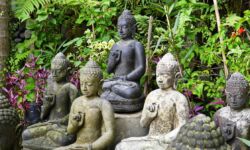 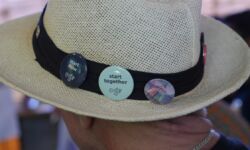 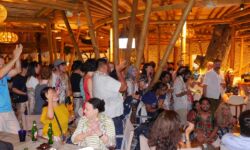 Let’s face the broader picture for a minute: the majority of people still have little to no idea about coworking, coliving and barely heard about the location independent lifestyle. That’s even when they have a job or are going after their own projects that could potentially allow them to so. The concept of a coworking space is not really clear to them and might seem to be located somewhere in between of let’s say a regular café and a kind of serviced office.

That’s okay and I would be biased if I was presuming that everybody who could have a location independent lifestyle would also go for that and thus would inherently know about coworking space and their underlying concept. In fact, I wasn’t quite aware about this myself why I actually seek to be around in a coworking space environment whenever I can. Besides, everyone of course chooses for themselves what they do with their personal freedom of location independence as we I also described it more in detail in this article.

There is, however, a bunch of people who are working from home and sometimes are not even aware of the fact that they feel isolated and how much such a coworking environment could change both, their professional as well as their personal everyday life. And the number of people who potentially look into location independence or actually realize it is growing every day. Reason enough to do something about it.

Now, if you are thinking that the CU Asia is exclusively for coworking space owners or those who are on the way to become so let me tell you that this is not the case. This event hosted and attracted experts from industries and disciplines well beyond the coworking world. There were people from software companies that have already specialized on the specific needs and requirements of coworking spaces. Real estate representatives have already figured that traditional open-plan offices in big faceless buildings in the big city are not exactly the model for the future of work. And when you have a general look at it, there are already a few big companies out there such as wework or Selina that invest heavily into coworking as well as coliving.

Just to give you a quick picture: meet people like for instance Johanna Voll who is a co-founder of the Coworking Library, a platform which collects in-depth researches about coworking. Tarek Kholoussy is the founder of Nomads Giving Back, a platform which helps location independents to easier connect with local people and getting engaged into local matters. With those two quick examples I would like to point out that there is more, much more, about coworking spaces than a few facilities somewhere on the globe where you can put yourself and your computer to work. 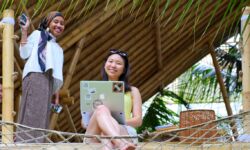 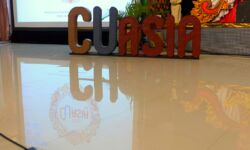 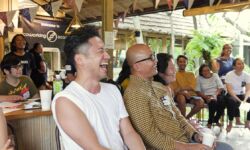 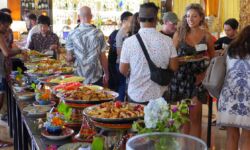 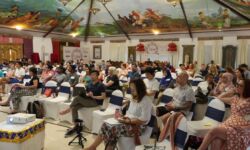 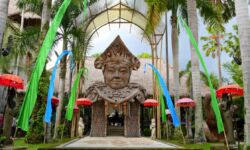 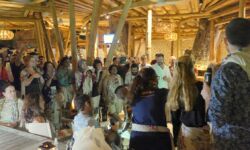 Alright, ready for the nitty-gritty stuff?

If you have entirely understood how to do the following you don’t need to go through the rest of this article anymore.

Just constructing whatever coworking space is not enough!

You need to create the community around it.

The glue that keeps everything together.

The human touch that gives the wow-I-wanna-be-and-come-back-here-effect.

To name it, we talk about a serviced office vs. a coworking space.

In the first one you can find everything you need that you need in an office.

In the latter one you can expect a community on top which makes all the difference.

However, since this is a never ending learning process which makes even people still to come back to such events who are involved into this domain from the first days it’s safe to say that it is not such an easy thing. Well okay, those established people are probably also happy to catch up with their old friends again, but isn’t that also a sort of community building and maintaining?

Now the logical question is: what sort of community do you wish to have around?

To answer this question you need to clearly figure out what are your core values upon which you wish to build up everything. This is not an easy task and takes a careful and critical approach and evaluation to go through. You see that it is a huge difference whether you wish to create a hub for people from the tech scene or if you are rather into having creatives around. According to that, you need to understand your audience AND your environment that you are at.

I don’t want to go deeper into this right now as this could fill many pages and my humble knowledge is by far not coming close to what other people could present during this event. Except from our short-term pilot project, the Economadia Coworking Farm, there’s not much that I can personally contribute to that at this point.

Okay, one little hint: it is highly recommendable to run events at your space which contribute to both, having more interaction and engagement of your community AND involves people from outside. This way you will have people wanting to stay longer, even willing to contribute their time and energy, and you spread the positive vibes into your environment.

Of course, also the designing of your space makes a huge difference whether or not the right people will ultimately feel attracted to your space and find the right balance between productivity, social engagement, beauty and coziness. Joana Carvalho, creator of Dinamo10, is an expert in this field.

You need to clearly know and expose your own core values, understand your audience and your environment. 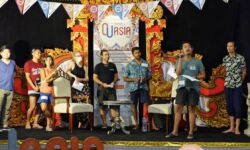 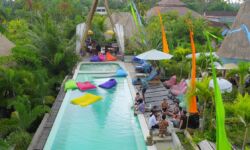 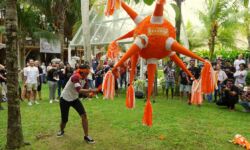 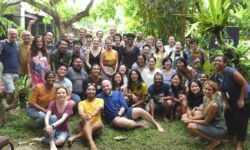 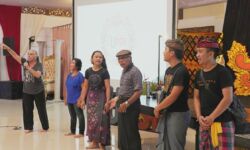 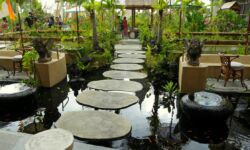 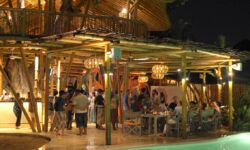 JUST A FEW THINGS THAT CAUGHT MY ATTENTION…

…which I thought were worth mentioning:

1. As for the first one you might say that this sounds a bit odd mentioning. It only struck me after a while when I all of a sudden realized that the majority of people were actually from Asia. Well fair enough, the CU Asia happens in Asia and Asian people come, right? If that same thing was happening in Europe, well guess what…..

I took it as a positive sign for myself that I see first of all a person as a person and don’t categorize in race or any other anything else. Well I have to admit that I still had an easier time to connect to the non-Asian people. Whenever I realized this I gave myself a kick in my butt and actively approached someone that I might do otherwise. Getting out of the infamous comfort zone.

2. Next, what surprised me a bit that there were not many people who are actually location independent such as I am at the moment. I mean it makes sense that when you want to build a community you need to actually be in this place. Physically!

If you were constantly somewhere else or would attend such an event as the CU Asia every other week you can bet that you would not be able to create any sort of community. Well maybe an online community, but of course this does not compare to a real life community. So every time when I mentioned that I am location independent with what I am doing and that I hadn’t really sorted out where to go next people were oftentimes quite surprised and with a little longing expression in their faces.

3. Also, the topic of coliving which for my understanding goes hand in hand with coworking was more of a side note rather than an integral part of the program. Sure, if the title of the event is “coworking unconference” it should surely also live up to that. Maybe it was more of my personal hope that it would have been more of a topic rather than it should actually have really been. Maybe in the next year’s CU Asia edition which is by the way going to happen in Vietnam they will have an extra slot for that.

WE HAVE SOMETHING FOR YOU

With that said, we wish to point at further events that are going to happen this year. We got…

And we would like to invite you to come with us!

We intend to create the format of the Economadia Event Crew. A little group of people who are interested to go to future events together and to have an even better experience. This way we can make deeper connections among each other and reflect on things and ideas that you have grabbed during event in a smaller circle. Click here for joining our Economadia Event Crew!

Many thanks from my side go out the CU Asia organizing team who did a great job – if anyone of you is ever going to read this article until here: feel blessed and hope to see you in Vietnam next year! 🙂 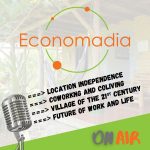